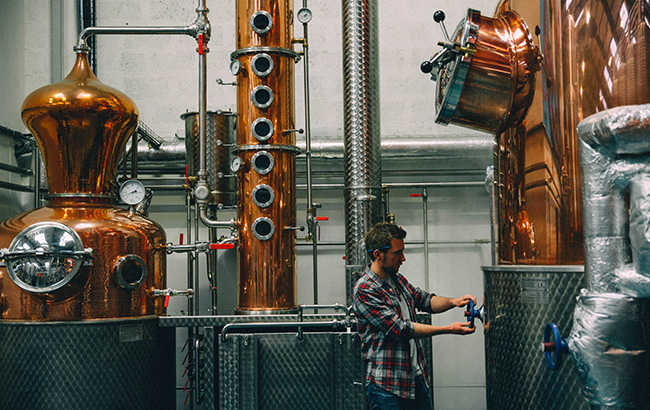 The craft movement has taken over the world of drinks. As the number of artisan producers rises every week, could spirits learn a thing or two from their lower abv partners in the beer world?

Call it what you want, small batch, artisan or craft, there’s no doubt that the movement is taking over the spirits industry. From locally-produced gins to artisanal rums, today’s spirits market is flooded with products we’re told are created by avid drinks fans in their shed or kitchen.

With the craft movement’s prosperity in recent years, now may be a good time to take stock and consider how the industry can grow and improve before it risks running out of steam.

If it hopes to develop further, I think it could be time for spirits to take a look at its seldom mentioned cousin – the world of craft beer. The beer industry, quirks aside, is made up of a wonderful community of producers, and taking inspiration from them could help drive the spirits world forward even more.

There are three things the beer world does really well that spirits could learn from. First up, there’s the collaborative brew, which I think is one of the greatest things about the beer industry today. These one-off bottlings are a chance for breweries from across the world to come together and share ideas, knowledge and brewing practices, while creating some amazing libations and bettering any future products from the brands involved. Why doesn’t the spirits world do this?

Just imagine if fledgling brands lacking a little finesse could partner up with a more developed producer. They could create a killer one-off product and both brands could learn from each other and improve any subsequent releases.

There’s also the range breweries offer. Beer geeks lose their minds over one-off batches and seasonal releases – and we’ve seen similar enthusiasm from limited edition spirits launches, but compare the numbers between beer and spirits and the disparity is clear. Let’s keep this excitement over experimental spirits going, let’s see more coming to the fore.

Experimentation should be the selling point of the world’s small-batch producers, those who remain unshackled by sky high sales targets. In short, doing something different should be what makes smaller, independent spirits producers different.

Finally, there’s the beer festival. Festivals, such as the Great British Beer Festival taking place this week in London, are a wonderful thing. They are an opportunity for consumers to meet producers and for brewers to meet other brewers. Consumers can become more educated, interested and passionate about the category, while producers can search for answers to their queries and discover techniques that could make their brews better.

The spirits world may have industry-focussed trade shows like Bar Convent Berlin, but the wonderful thing about beer festivals is that they’re fun and focus on tasting, education and entertainment, and it’s shows like this that the spirits industry needs.

The small batch spirits world should be an exciting category full of new, innovative products intent on shaking up the market. Small scale producers shouldn’t be locked in their sheds adding one extra sweetness part per million, they should be out meeting consumers and meeting producers and showing off their unconstrained innovations.

This is what the inquisitive drinker wants, a point of difference, and if spirits producers can’t provide this, they may be forced to move elsewhere.