Already at a young age, Michel Ordeman – founder and owner of Jopen B.V. – had an interest in fermenting and distilling. His mother found it a bit odd, since Michel was only 12 years old!

The story behind Jopen begins in the 14th century, when Haarlem becomes one of the most important beer brewing cities in the Netherlands. Breweries run at full speed and the beer was transported in so called Jopen – a barrel of 112 liter capacity – over the Spaarne river which lingers trough the city of Haarlem. The beer is of excellent quality and is even drunk abroad. But the fame comes to an end. In 1916 the last brewery in Haarlem closed its doors.

Fast forward to the year 1994. Preparations for the festivities around Haarlems’ 750-year anniversary are in full swing. The Haarlems Biergenootschap (Haarlem Beer Society) submits a plan to bring the Haarlem beer back. Recipes from 1407 and 1501 are found in the city archives and the beer is reproduced. And … the concoctions are a joy to drink. With the rediscovered beer, named Hoppen, the festive year is ushered on November 11, 1994. The very beginning of Jopen!

Due to the overwhelming success, the story continues. In November 2010, with the opening of the first Jopenkerk the brewing tradition in Haarlem is restored. The historic church called the Jacobskerk in Haarlem’s city center is transformed into a fully operational brewery, a grand café and a restaurant. Haarlem is back on the map as a beer brewing city! 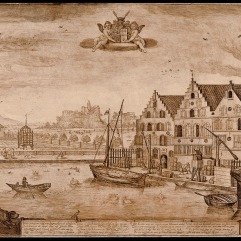 Crafting divine products in a church. That is what Jopen stands for. But what if you can not forget one of your first true loves… The love for distilling. Michel couldn’t just let this thought go.

In the meantime, Jopen was looking for another venue to expand their production; in 2015 Jopen bought a second church. The Dutch Reformed Church in Hoofddorp undergoes an extensive restyling to create the Jopen appeal.

And so the Jopenkerk Hoofddorp was born. The Jopenkerk Hoofddorp emerges into a lively combination of a fully operational distillery, a grand café and a restaurant. And this is also the very start of Gospel Spirits by Jopen. Michel’s dream, creating hand crafted spirits, is now a reality!

In January 2017, Gospel Spirits appointed a Master Distiller. Freddy Talbot-Ponsonby turned out to have the right spirit for the job. Freddy grew up on a winery in Australia and developed his distilling skills in Edinburgh. After he obtained his Master in Distilling & Brewing, Freddy worked as a distiller at Pickering’s Gin and the Glasgow Distilling Company. His added value to the Gospel Spirits brand? “With my training and the inspiration I obtained during my time in Scotland, I am working with fresh eyes to take Gospel Spirits to new heights”. Freddy’s first creation for Gospel Spirits, a Dutch gin, with earthy notes from the Mittelfrüh-hops and parsnip, in combination with the spicy hints of maniguette, led to a refined balanced gin.

The Gospel distillates are produced in small batches in the Jopenkerk in Hoofddorp according to authentic recipes with modern ingredients and love for spirits. The base product, alcohol, comes largely from their own brewed Jopen beer. The first step in the distilling process at Gospel Spirits, which uses a column-still, is to separate the alcohol from the beer. During the first stage, the beer is brought to boil and simmered to separate the water and alcohol (alcohol vaporizes at 78,3 °C). The resulting spirit is collected and contains undesirable impurities (foreshots) which will be removed by further distillation and repeats this step until a pure spirit at 97% ABV remains.

The still operators then add different spices, herbs and other ingredients,  to impart the new-make-spirits with their specific flavors. These ingredients are not added directly to the alcohol, otherwise it could burn due to the high temperature of the liquid. The ingredients are spread onto a cloth and hung above the vapors in the column still to impart the alcohol with the aromas of the spices and herbs.

Only 3 oranges and 1 grapefruit are used to impart 350 liters of gin.

The last stage in the production process, is adding osmosis water (demineralized water) to dilute the distillate to the desired alcohol content (around 40% ABV). Then the final product is bottled and labeled in-house. Ready to be enjoyed!

The different distillates produced by Gospel Spirits – consisting of gins, jenevers, liquors and other experimental spirits – are produced in small batches only. The distilling process is quite time consuming and the production is tied to the limited capacity of the 2 stills. At Gospel Spirits the output is around 50 liters of the final product during an 8-hour work shift.

The limited output results in a exclusive and high-quality product. The international jury did not fail to notice that. During the Spirit International Prestige (SIP) Awards 2018 in 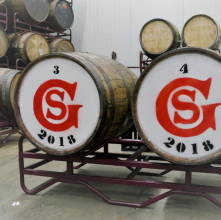 Of course, I had to ask if there are also plans for making a whisky.  My prayers have been heard! Gospel is currently maturing three types of whiskey: a single malt (made from 100% malted barley), a rye and a peated whiskey. Unfortunately we have to wait 3 and 10 years respectively to first try the Gospel Acqua Vitae. But given their heavenly gins, the whiskies must be a true dram of the Gods and well worth the wait!

The lovely building of Jopenkerk Hoofddorp 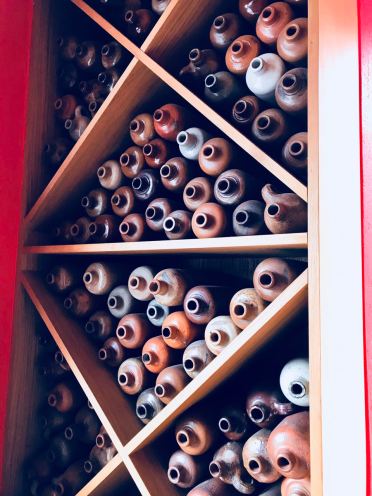